On this side, we have published some photos from other parts of the MedViz  history. The house of the former lighthouse guard.

Defense Mapping Survey Mark from 1974 and used as positioning reference from the air. The Hellisøy lighthouse from the pelagic zone

September 2015: Forskningsdagene for kids at Festplassen 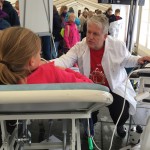 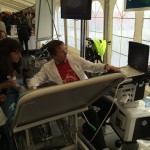 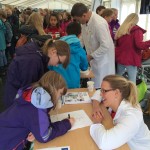 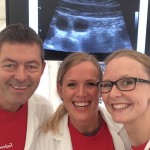 The Management team in rescue suits

Outside a plateau on the Lighthouse